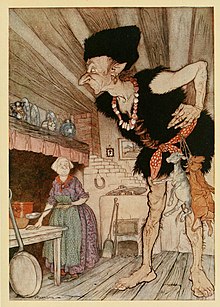 I Smell The Blood Of Folli Follie,

Be It Alive Or Be It Dead,

I Will Grind Its Bones To Make My Bread.

So says the short sellers of Folli Follie.

Not long ago, in another article, I wrote about the highly predictive “powers” if you will of the short sellers and that the short interest ratio was a highly reliable indicator of future returns. And my advice was that : stay away from buying stocks(deep value  stocks or net nets) or just any stocks for the matter if active short sellers are touting its demise. You know what. You should also stay away from any securities including the bonds issued by the company.

And today I am going to recall a classic example of why investors would be wise not to mess with these short sellers.

A greek company called Folli Follie, was founded in 1982 by one Dimitrios Koutsolioutsos. His son, George is the chief executive officer of the company. All this while, the company has had a thriving business selling retail apparel such as bags, sunglasses, jewellery, ornaments, clothes and other fashionable items.

In 1998, the company made a push into Asia and on paper, everything looks good it seems. The company grew its sales from €993 million to €1.42 billion from FY 2009 to FY 2017. After being punished by the markets during the last recession, the company fell to a low of €3 per share. Then, it was trading at a price to book ratio of under 0.5.

Eventually the stock rallied to €30 per share before tapering off.

At some point in the middle of this year, short sellers released a number of reports on the company. Presumably,  they must have been building a short position for a while now before these reports were actually released to the public. And in a typical fashion, these reports are circulated to Bloomberg and other notable media outlets.

The arguments of these hedge funds were potent and designed to inflict the maximum amount of damage in the shortest possible times. And their arguments were somewhat convincing though I have not had the time to do the research to rebut some of their findings. In general, these arguments are:

Perhaps, the most telling sign that the books are not what it seems is that the number of outlets that the company has is only 289 outlets as compared to the reported 630 points of sales/outlets. The  other outlets were suspected to be closed or not even opened. At times, when these outlets were called over the phone, none came to the phone, which means that the outlet may be in fact, not operational. And of course, on the ground research confirms that many of these points of sales/outlets did not exist.

How do you trust a company whose sales may be cooked up and whose assets are not what it reports. You simply don’t. So either you short it or you just simply glance past it and look at other candidates.

Of course, the company’s price reacted with bouts of panic selling to sub €5 levels, levels not seen since the last financial crisis. And perhaps, what made the problem worse in my view was that management did not actually refute the claims strongly. This is what has compounded the problem further. In short,  don’t bet against some of the brightest minds in the hedge fund world. It takes a detailed, obssessed mind to make a living as a short seller and many of these short sellers do very well, getting an informational edge over others.

A lesson to learn perhaps. If you are interested, please read the previous article. Also, if these articles interest you, check out the checklist we have created for deep value investors(net net investors) such as ourselves.

It is a wonderful Sunday today and I intend to enjoy the rest of the day with family and friends. And so should you! As always, may you be blessed with prosperity, health and happiness!