Superman Investor Walter Schloss : Let us start off by defining what being a superman in the investing world is like. Being a superman in the investing world means be able to beat the markets and to compound money at rates that exceed that of the market. Doing so over a long period of time with small meaningful out performances will lead to a larger resultant portfolio value. In other words, one’s net assets will grow.

In my mind, any fund manager that can beat the market consistently is a superman in my eyes. For if you look at the matter statistically, the average fund manager’s performance is that of under performance relative to the markets.

And I do not say this lightly. It is extremely hard to beat the markets.

Beating The Markets Is Tough

I furnish a chart below, perhaps an old one, but nonetheless paints an accurate picture of what has been happening over almost 2 decades.

This little snippet shows one predominant theme. And that theme is that most hedge funds/fund managers  suffer from an under performance relative to the S&P 500 or if we were to extend that, their respective benchmarks. This was more acute from 2009 to 2015. In 2000 to 2002 was a general period of out performance. This was a global phenomenon. And nothing that I say here is new.

Now, the question is why.

The early 2000s, if you didn’t already know was a period of lollapalooza, a phrase coined by Charlie Munger. No revenue, profitless, loss making technology stocks with little value in its balance sheets were the rage. The Federal Reserve Board Chairman, Alan Greenspan even coined a term “irrational exuberance” to describe the markets during the dot-com bubble. The irrationality of investors, the different biases laden within our evolutionary make up and a whole variety of circumstances caused an extreme overvaluation of the technology stocks.

And of course, many fund managers hopped on the bandwagon. This phenomenon is termed by psychologists as the bandwagon effect where people mirrored and did what others were doing, simply because they were doing it. That is surely not a rational way of investing in the stock market.

I even knew of a fund manger then. No names will be mentioned here. But as I recall, he claims to be value fund manager but he was actually buying into some of these technology stocks, at valuations,  which I believe go beyond the definition of intelligent value investing. Surely, Ben Graham would not have approved of his  actions. And he bought into the tech sector in a big way, allocating large sums of cash into these companies.

From what I recall, he was lucky. He managed to get out before the bubble popped. He had luck on his side. For others, they weren’t so lucky. Many retail investors and funds got hurt by the debacle.

And this of course brings me to my next point. To this point, I can assure you that our evolutionary biological make up is “one with the herds”. That is, we feel safe in numbers. And of course, fund managers, being human have that same tendency in them. That is the reason why many hedge funds out performed from 2000 to 2002.

Group think is by far one of the biggest hurdles to performances that fund managers need to surmount. Think about it. If you had a period of under performance buying deeply undervalued stocks during the 2000 to 2002 period, would you have envied the other fund managers who were doing spectacularly well?

The markets are a weird place. You need non consensus in order to buy securities at a really cheap price. And you want to buy when others are not willing to pay any price for it. You want to buy a security when there is virtually no competition for it. You want to pay a really low price. And that can only happen when investors shun it entirely. Incidentally, that would  have been a good  time to buy under certain circumstances.

In other words, you need to fall outside of group  think and see things in an entirely different manner from the investing herds in order to beat the markets.

Walter Schloss has probably been mentioned one time too many within the articles that I have written but I make no apologies for that because this guy’s story cannot be repeated enough in my opinion. It drums home the idea that one really can outdo the markets when one is disciplined, patient and has an approach which is backed by Ben Graham himself. 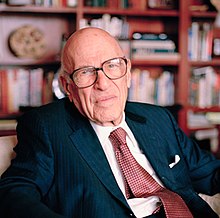 I would personally call Walter Schloss a superman in the investing world. His track record was envied by so many fund managers out there. And the thing about Walter was that he is extremely stubborn. And his stubbornness has paid off in a huge way.

The record that Walter has produced is admirable. How did he do it? He did it by sticking to old principles laid down by Ben Graham. And the thing is that you have got to be stubborn about it and not be swayed one way or another. Incidentally, Walter Schloss closed out his fund in 2000 and stopped actively managing money in 2003. I don’t know the exact reason as to why he closed out his fund but if I were to speculate, it would be that there weren’t many real bargains in a market driven by technology stocks.

Walter’s methods In A Nutshell

I am going to briefly  write about Walter’s approach and this is just going to be off the top of my head, from everything I have read so far on the real life, investing Superman.

Walter loved low price to book stocks. He loved stocks trading at a discount to tangible book and he also liked it when management was honest in his view. Some say that the low price to book no longer works. I have my views on this which I will probably detail in another article. But by and large, people who say this, I believe, are only looking at the last decade of value investing performance.

The net current asset value was a proxy for the liquidation value of the company, ignoring all fixed and non-current assets on the balance sheet. And if you can buy a company at a discount to estimated liquidation value, chances are that you will do well. The one thing that Graham advocated was diversification and Walter followed Graham’s advice to the letter, holding over 100 stocks in his portfolio at times.

The working capital bargains were a subset of the low price to book theme.

And then of course, you had cash bargains as well. At times,  during a recession,  one can purchase companies trading at less than the cash net of all liabilities. I believe this was what Floyd Odlum, an American investor, did during and around the  times of the Great Depression. You many want to read about an example of a cash bargain in Singapore.

Walter preferred to buy companies that were trading at a low price to the given assets on the balance sheet. In other words, Walter was more of a balance sheet investor though there were times when he purchased companies on the merit of their earnings and cash flows.

Walter’s opinion on this was that assets do not change as rapidly as the change in earnings. That is also the reason why he was fond of low price to book and working capital bargains such as net nets.

I don’t think I have even scratched the surface here when it comes to looking at stocks through the eyes of a super investor. But perhaps, I have given a brief overview about Walter and his approach. If there is anything at all that you can learn from Walter, it is this. Be A Deep Value Investor & Stay  Stubborn. You may also want to read Successful Deep Value Investors We Can Learn From.

As always, may you be blessed with prosperity, health and supreme happiness!